The Role of Operation Gladio in the Subversion of Latin America

This article was originally published on Deep City Chronicles

The End is Near

Italian authorities were on the trail of Roberto Calvi and the Banco Ambrosiano’s irregular activities, oblivious to the incredible chasm of corruption, blood and terrorism that lay open just behind him. Founded in 1896, the bank had cultivated a pristine reputation as a model of integrity and independent governance, thanks to its policy of restricting the total amount of stock any single entity could own in the institution to 5%. Calvi had created a web of shell companies with myriad subsidiaries to get around these limitations, and by such means attained 16% control of the bank on behalf of the Vatican.

When the scandal broke all over the Italian press, the Pope himself was implicated in a conspiracy so large and dark, that even the most audacious spy novelists would balk at the premise. A wide-ranging Masonic fraternity called P2, comprising hundreds of powerful government figures and mobsters, was exposed as a central mover in the multi-billion-dollar scandal. Even high-ranking Vatican officials were part of the fraternity – a violation of Church tenets.

Banco Ambrosiano’s long-established good name had been tarnished beyond recovery, but the Milan-based institution’s role barely scratched the surface of a far bigger and much more sinister reality emanating from the deep recesses of post-World War II America; a burgeoning superpower intent on asserting itself on the rest of the world, bleeding from the shores of the Mediterranean all the way to Latin America.

Dubbed “God’s Banker”, Calvi was in charge of laundering billions of dollars generated through world-wide heroin trade networks established years earlier by the CIA and its precursor agency, the OSS. Allen Dulles, future Director of the CIA, and his spy mentor “Wild” Bill Donovan, devised a plan at the conclusion of World War II to prevent – as claimed – a Soviet invasion of Europe. The concept revolved around recruiting Nazi officers and other extreme right wing elements to form so-called “stay-behind” units throughout the old continent, stationed clandestinely in several countries ready to act on a moment’s notice. They called the operation “Gladio”, and though the awaited red invasion never materialized, the services of the covert militias, who stashed CIA-provided armaments in thousands of secret locations, were requisitioned on multiple occasions as the need to quash left-leaning movements arose.

Calvi’s boss, Michele Sindona, had been the first to establish and manage the laundering networks for the IOR (Instituto per le Opere di Religione), the Vatican’s invisible bank, through which all drug trade, arms sales and miscellaneous illegal profits were funneled. His vast connections to the Sicilian mafia made him the perfect go-between in the early days, but Calvi’s more sophisticated knowledge and financial creativity offered Gladio the necessary expertise to scale their ever-increasing thirst for dirty money. Calvi’s stealth takeover of Banco Ambrosiano was a salient example. Sought out for its solid reputation, he would go on to open several international branches of the bank to facilitate the movement of Gladio-destined funds around the world. Among the places Calvi incorporated these brass-plate shells were Luxembourg, Nassau in the Bahamas and Managua, Nicaragua.

The Heart of Liberation

Anastasio Somoza Debayle ruled the small Central American nation of Nicaragua the way any scion of a foreign-backed, generational ruling family would. Protected by Washington from the start, Somoza had little to threaten his fiefdom. As long as his benefactors in Langley, Virginia and the U.S. State Department gave their tacit approval, there was no manner of corruption or repression he wouldn’t avail himself of to remain in power.

Agrarian movements and peasant revolts were ubiquitous in the entire region. Nicaragua was no exception. The Sandinistas had always been a thorn on the side of Somoza, but had little chance of mounting a successful revolution as long as American interests remained steadfast behind the dictator. But, the rise of left-leaning groups and political factions were a predictable consequence of the oppressive presence of U.S.-sponsored, right-wing dictatorships not only in Nicaragua, but all over Latin America. Most concerning for the Gladio intelligence clique, however, was the emergence of a grassroots religious movement, led by local Catholic bishops and clergymen called Liberation Theology.

To the immense consternation of a Vatican leadership, which was fully invested in the suppression of leftist ideologies and the imposition of conservative, right-wing governments in Italy and all over Europe, Liberation Theology began to draw a great number of advocates within dioceses all over Latin America. The concern was, of course, shared by their partners in the CIA who aided the Vatican in the subsequent persecution of priests, nuns and other members of the clergy who supported the movement through the already established, transnational spy network known as Operation Condor, centrally relayed through Southcom headquarters in Panama.

Spurred on by his superiors at the top of Gladio’s hierarchy, Roberto Calvi created a web of corporate fronts in different countries to facilitate the flow of black funds from the IOR to Latin American dictators, in order to round up, incarcerate and kill tens of thousands of dissidents. Argentina’s “dirty war” was only one of the operations of state terrorism financed by the Vatican/CIA nexus, which slaughtered, kidnaped and tortured over 30,000 people. Among Argentine dictator Videla’s informers was one Fr. Jorge Mario Bergoglio, then the Provincial General of the Jesuits, better known today as Pope Francis I.

By the Skin of their Teeth

Years later, when the noose was tightening around Calvi as Italian judge Carlo Palermo uncovered more and more of the astonishing truth, Gladio’s financial wiz wrote a letter threatening to expose the Vatican’s deep ties to the murderous state repression unleashed by the coterie of military dictators halfway around the world, revealing that he had been tasked with creating:

an effective politico-religious penetration into secular society by securing control over banking institutions. The enormous importance of what I just said induced me to incur debts in foreign currency in order to buy Banco Ambrosiano shares in sufficient quantity to guarantee IOR control over the institution… On more than one occasion, I believed that my life was at risk as I rushed from one Latin American country to another, seeking to oppose the ferment of anticlerical ideologies. I did my upmost in every sense even to the point of concerning myself with the supply of warships and other war material…

The gauntlet was about to come down. Ambrosiano’s collapse was opening leads Italian law enforcement might think twice about before following them. Carmine “Mino” Pecorelli, the Journalist who first published the P2 member list, was promptly murdered. Judge Palermo was nearly killed when a car bomb exploded just as he was arriving at the office he opened in Sicily to continue his probe, and the head of Italy’s Military Intelligence, Guiseppe Santovito – whom Palermo had arrested and was scheduled to be interrogated by Italian investigators – was killed in his holding cell. The real culprits behind Italy’s “days of lead” were being exposed as right-wing Gladio saboteurs and not communists, as was propagated by those same Gladio networks. The CIA saw the writing on the wall and started leaving its partners in the lurch. Michele Sindona was indicted in New York and convicted after a convoluted attempt at a staged kidnapping, which ended up exposing even more P2 members and widening the net for Italian prosecutors, who would eventually try and convict over 72 members of the Sicilian mafia in connection to Gladio.

As the 70’s rolled around, several other factors began to interfere with the smooth execution of the operation. The OPEC nations’ boycott following the Arab-Israeli war reverberated across the world economy and directly impacted Gladio’s cash sources, which stretched across different currency baskets.

President Jimmy Carter’s policies would also interfere with the international scheme. Carter ended support for the Somoza regime and opened the door for the Sandinista revolution, which ultimately drove the U.S.-backed dictator out of power.

Nevertheless, Gladio had managed an enormous victory as the USSR found itself hopelessly embroiled in Afghanistan, where the CIA had successfully created cells of radical Islamic militants to wage Jihad against the Russian-backed government of Afghanistan, going as far as recruiting African American Muslims through proxy organizations in the U.S. to go fight in the Gladio-created holy war.

However, the Sandinista takeover of Nicaragua and imminent collapse of the Italian Gladio networks, thrust the American deep state into damage control mode. George H.W. Bush, who along with Henry Kissinger, represented the top of the Gladio pyramid, mobilized their political machinery to take the White House. The infamous “October Surprise” was engineered through Gladio’s Turkish networks, which delivered weapon caches to the Iranian government in exchange for delaying the hostages’ release and putting the Reagan/Bush ticket in office.

Just months into the new administration, the first of two failed Gladio assassination attempts occurred when Bush family friend, Hinckley Jr. shot Ronald Reagan. Pope John Paul II, who had incurred the network’s ire by holding secret talks with the Soviets, was slated to be removed later that Fall.

Power By Any Other Name

Roberto Calvi’s body would be discovered dangling over the Thames river in London. Bricks would be found in his trousers – a Masonic signature. The Pope would miraculously survive the bullets shot at him by multiple Turkish assassins, belonging to the Grey Wolves Gladio unit and the capture of Ali Agca nearly derailed the planned cover story to blame communists for the attempted murder. Ronald Reagan survived, as well, but he was mentally weakened enough from the trauma, that Bush could operate just as well from the Vice Presidential office.

Soon after the former spokesperson for General Electric recovered from his bullet wounds, he officially declared narcotics a matter of U.S. National Security and the “War on Drugs” was launched in earnest. A few years later, the Berlin Wall came down and George H.W. Bush assumed power directly, moving Gladio into the second phase of operation in a post-Soviet world.

The War on Drugs is yet another manifestation of the original Gladio operation, designed to maintain American hegemony in Latin America, as well as subvert any attempt at self-determination by countries in the region.

Framing it as a battle between Capitalism and Communism allows factions to align themselves on either side of an ideological debate, that is in itself, false. On final analysis, this is all just a gambit of power. The ultimate goal is to consolidate resources and energy in the fewest hands. The right-left paradigm is a Hegelian dialectic, and who ever participates in it – no matter which side they fall in – simply furthers the final objective.

Much of the research for this article comes from Paul L. Williams’ seminal work, “Operation Gladio – The Unholy Alliance Between the Vatican, the CIA and the Mafia“ 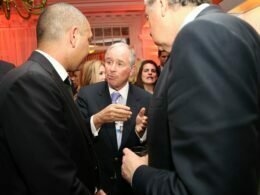 The Real Reason Why Blackstone Is Courting The Pentagon

The sudden push by Wall Street’s largest private equity firm to heavily lobby the Pentagon and State Department for largely unspecified reasons is part of an increasingly visible conflict within the U.S. establishment regarding how to handle the Artificial Intelligence “arms race.”
byWhitney Webb 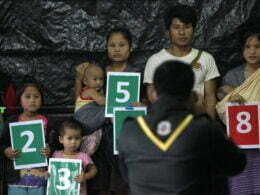 A biometric identification program backed by the ID2020 alliance will see its new “digital id” program rolled out for refugee newborns in close coordination with a charity tied to Wall Street and prominent Western politicians whose workers have been accused of sexually exploiting refugee children.
byWhitney Webb 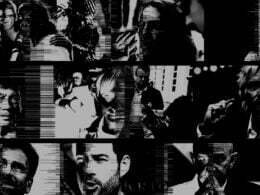 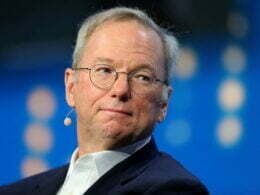 Techno-Tyranny: How The US National Security State Is Using Coronavirus To Fulfill An Orwellian Vision

Last year, a government commission called for the US to adopt an AI-driven mass surveillance system far beyond that used in any other country in order to ensure American hegemony in artificial intelligence. Now, many of the “obstacles” they had cited as preventing its implementation are rapidly being removed under the guise of combating the coronavirus crisis.
byWhitney Webb

Sign up for our newsletter to get notified in your inbox of the latest articles, podcast calendar and press releases.